Live sport in a global pandemic

Sports fans and those who felt they had exhausted everything on TV by the end of the last lockdown are in for a right treat as a host of live sporting events have been taking over our tellies and will continue to do so in the coming weeks. Not a sports fan? I’d still highly recommend Rob & Romesh Vs Team GB for a right giggle! Wherever you look, sport is taking over our screens right now, and it’s casting some interesting reflections on society.

The Euros and herd mentality

Let’s start with the big one of the week, the Euros. Putting aside the tournament results for a moment, this year’s Euros have given us plenty to think about.

One thing we’ve been wondering, is whether months of keeping our social distance has made herd mentality more intoxicating. Sunday’s final resulted in some appalling behaviour. Among the most notably awful acts were fans without tickets storming Wembley in a bid to make it through to watch the game, the temporary closure of King’s Cross station after flares were set off outside, and the disregard shown to public spaces as property was destroyed and litter was left strewn over the streets. This isn’t the first time disruptive and disrespectful behaviour has happened when emotions have been high among sports fans, but the FA has called Sunday’s public disorder ‘unprecedented’.

Is unprecedented public disorder a side effect of an unprecedented pandemic? Herd mentality, as defined by Gustave Le Bon, describes what happens when a group of people unite for a shared reason, and in so doing form new, group psychological characteristics that temporarily replace individual characteristics. Herd behaviour is often irrational and emotional, creating a sense of individual anonymity that results in the disregard of personal judgement in favour of the views and actions of the group, which quickly gather momentum. This isn’t always necessarily detrimental – from an evolutionary perspective herd behaviour plays a vital role in survival, acting as a guide for the best way to obtain resources and reduce risk, hence why we are drawn to it.

We’ve seen the impact of irrational herd mentality during Covid already – think back to when toilet paper was flying off the shelves with people panic buying  and shops limiting sales per customer. Logically there was no reason to stockpile toilet paper, it plays no useful role in preventing Coronavirus so there was no logical reason why demand should increase beyond supply, but when enough people start panic buying, the behaviour spreads. Toilet paper may have become the unlikely symbol of mass panic buying in part because of its size. The large size of packets means retailers generally don’t store much excess stock, so once sales began to peak shelves sat empty until new stock came in. The shelf space taken up by toilet paper is generally larger than the space dedicated to other products, so the impact of the perceived scarcity once the shelves were emptied was greater than for many other products.

After 16 months of social distancing, uncertainty and heightened anxiety, did those who found themselves as an anonymous individual among a crowd of many on Sunday feel such a sense of freedom from personal responsibility that they prioritised their own desires above all else? Were they letting off over a year’s worth of pent-up frustration, or is this reflective of a wider social problem in England today?

Sprints at Silverstone and a long-term ambition for positive change

On a brighter note, this weekend the F1 Grand Prix is at Silverstone, combining a full capacity crowd with a host of racing firsts as it trials a new Sprint format. In a world where we’re inundated with content and can choose to snack on short form or binge on boxsets, many sports have been focussing on format to keep viewers engaged and / or to boost participation. Cricket has introduced The Hundred, a new format where eight city-based teams play 100 balls per inning in games lasting roughly two and a half hours rather than the 40 hours over five days seen at Test matches, while the NFL and NBA have begun playing games in the UK to boost their international fan base.

The F1 Sprint format essentially includes an extra, shortened race between traditional qualifying (moved to the Friday evening) and the main race on Sunday, with Friday’s qualifying setting the grid for the Sprint race, which in turn will determine the line-up for Sunday’s race. As well as providing more excitement and race action to watch over the weekend, the Sprint also offers a chance for the top three drivers to win points, helping to add another dimension to the overall championship for fans. There’s been significant buzz ahead of the race weekend but it’s yet to be seen whether the F1 Sprint will become a more regular feature on the racing calendar.

Whether it’s the F1 Sprint, rule changes on car design, fairer finances, or something else, it seems likely that F1 will continue to seek new ways to shake up the sport and engage fans. Despite moving behind a pay wall in 2019 for a six-year deal with Sky, F1 is arguably reaching a broader audience than ever before. This year’s opening race in Bahrain was watched by 2.23 million on Sky Sports in the UK – the highest ever viewing figures for a Grand Prix on Sky. At the same time,  Netflix’s Drive to Survive, now in its third season, almost instantly trended at number one on Netflix worldwide, providing teams with a new way to speak to existing fans and drawing in an audience who might not previously have thought of themselves as motorsports fans.

This week has also seen seven-time F1 champion Lewis Hamilton pledge to increase diversity in motorsport following the findings of a report he carried out in partnership with the Royal Academy of Engineering. Over the last few years Lewis Hamilton has become increasingly vocal about his beliefs, questioning FIA decisions to run races during the height of the pandemic, speaking out about climate change and supporting the Black Lives Matter movement.

The Hamilton Commission’s report highlights barriers within the motorsport industry but also the education system and society more widely that are affecting black students’ opportunities in UK motorsport. The report has 10 recommendations and the early response from the F1 has been positive in support of these, demonstrating their ambition not just to continue to boost fan engagement but to bring about genuine positive change in motorsport.

What’s the state of play in a state of emergency?

We’re waiting with bated breath to see how the Tokyo 2020 Summer Olympic and Paralympic Games pan out against the backdrop of Coronavirus, as Japan declares a state of emergency with two weeks to go. Last month a poll by national newspaper Asahi Shimbun found the majority of the Japanese public (83%) did not want the Games to go ahead in Tokyo this summer. However, the decision lies in the hands of the IOC, not the host city.

The IOC is set on the Games going ahead, maintaining that, regardless of the Coronavirus situation in Japan, they will ensure the Games are safe. This was a position they set out in May but that is now hard for them to return from should they want to, which there is little evidence for given the financial implications of the Games not going ahead. An article in Japan Today suggests that cancelling could cost the IOC between $3 billion and $4 billion in broadcast rights income.

In a bid to keep people safe, Tokyo will hold the first ever TV-only Olympics, meaning those all-important broadcast rights deals are now the only way fans will get to see the action. Tapping into its Eurosport content arm, in the UK Discovery is betting big on the Olympics to boost subscribers to its streaming service discovery+. As well as securing former Team GB heroes to present the Olympic Games, discovery+ is partnering with Vodafone to offer six months of discovery+ Entertainment for free to every pay monthly customer. In the US, across all its networks and platforms, NBCU is planning on offering twice as much coverage as discovery+ in the UK – with 7,000 hours of coverage, including showcasing the most popular events on their streaming service, Peacock, and partnering with Twitch to create customised, gamified content. 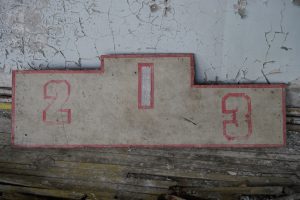 App charts – the most popular smartphone media apps in the UK 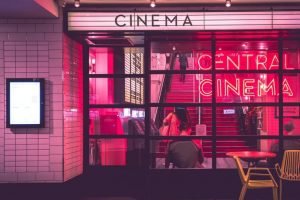 Get your popcorn ready, cinema is back!